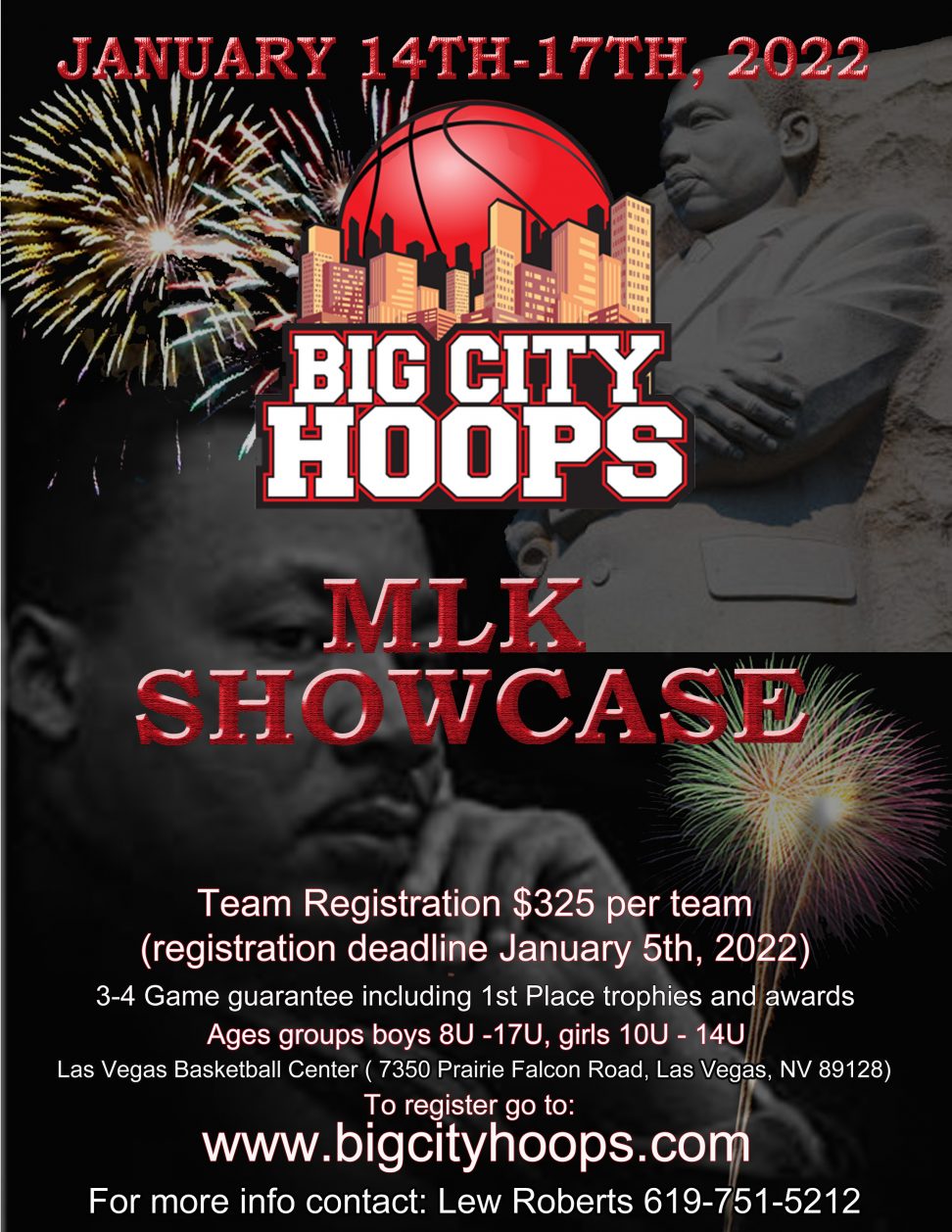 Big City Hoops MLK ShowcaseBig City Hoops is proud to announce the first annual Martin Luther King Showcase January 15-17, 2022 in Las Vegas, NV the sports entertainment capital of the world. This event will feature teams from throughout the Southwest U.S and beyond. Registration is now open but registration will close January 5, 2022. Please check back often for our updated team list as well as hotel information. The Las Vegas Basketball Center will the headquarters for this event, but other venues will be available and determined later. for more information please feel free to contact Lew Roberts at 619-751-5212 or Bjorn Berg at 612-770-8200.